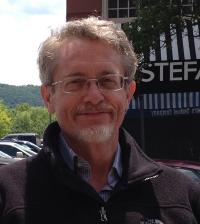 Brice Emanuel, age 65, of Salem, VA passed away Wednesday, March 21, 2018. He was the husband of Julia Bailey Emanuel.

Mr. Emanuel was born February 7, 1953 in Pittsburgh, PA a son of the late Noel Emanuel and Edna Douds Emanuel. He earned a Bachelor’s Degree from Penn State University Class of 1976. Mr. Emanuel was retired from a 40 year career in the YMCA as a Resident Camp Director in camps around the country. He was also the Director of Camping Services for the Michiana Family YMCA, South Bend, IN from 1992-2013. He currently worked part time as a Swim Instructor at the Salem YMCA. Brice loved working with children and was a popular instructor and he also loved gardening, traveling, camping and blue grass music. He was also the Past President and Paul Harris Fellow of the Rotary International of Three Rivers, and volunteered as a VA Master Naturalist and VA Master Gardener. Brice believed that a life not spent helping and serving others was a life wasted.

In addition to his parents, Mr. Emanuel was preceded in death by his much loved cat, Camille.

A private memorial service will be conducted at a later date.

Online condolences may be expressed at www.johnmoakey.com.