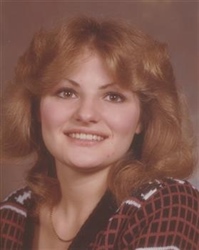 Cindy Sue Sussdorf, age 57, of Three Rivers, passed away on Wednesday, March 28, 2018 at her home surrounded by her family after a courageous battle with cancer.  She was born in Battle Creek, MI on July 21, 1960 the daughter of Robert and Carol (Buyce) Weaver Sr.

Cindy was a graduate of Mendon High School with the class of 1979.  In 1980 she was united in marriage to Max Sussdorf .  She was a bus driver for many years for Three Rivers and Mendon schools.  She and Max were faithful members of Seventh Day Adventist Church of Centreville.  Cindy enjoyed crafts, working in the garden, and taking care of animals.  She was a devoted mother, whom placed her family first and foremost in every aspect of her life.  She will be dearly missed by all who were touched by her courage and graciousness.

Cindy was preceded in passing by one brother, Guy Weaver.

Memorial donations may be directed to Seventh Day Adventist Church of Centreville.  Envelopes available at the funeral home.