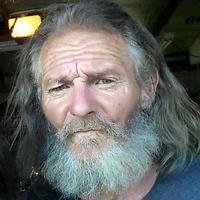 Michael L. Miller, age 62, of Three Rivers, passed away on Tuesday, March 6, 2018 at Three Rivers Health. He was born in Springfield, OH on August 18, 1955, a son of the late Leroy Miller and Patricia (Raines) Arnett. Michael went to school in Ohio and Arizona. He was employed at Southwest Mobile Storage in Phoenix, AZ in 1995 until retiring in 2014. He enjoyed collecting coins and loved to ride his Harley Davidson motorcycle.

Cremation has taken place. Relatives and friends will be received at Eley Funeral Home, Constantine, on Friday, March 16, 2018 from 4 to 6PM with memorial services starting at 6PM. Online messages can be left for the family at www.eleyfuneralhomes.com