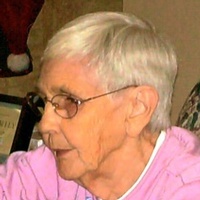 Betty Ellen Hurst, age 86, of Constantine, passed away Monday, April 2, 2018 at Three Rivers Health. Betty was born in Greencastle, IN on December 21, 1931, a daughter of the late Frank and Nora (Smock) Moore. She attended school in Greencastle, IN. On May 17, 1948, she married Raymond Hurst in Greencastle, IN; he preceded her in death in 1975.

She was preceded in death by her parents, husband, and brothers Wayne Moore, Donald Moore, and Kenneth Smock.

Cremation has taken place. No public services will be held. Interment of ashes will occur at a later date in Constantine Township Cemetery. Arrangements were entrusted to Eley Funeral Home, Constantine. Online condolences may be left for the family at www.eleyfuneralhomes.com.