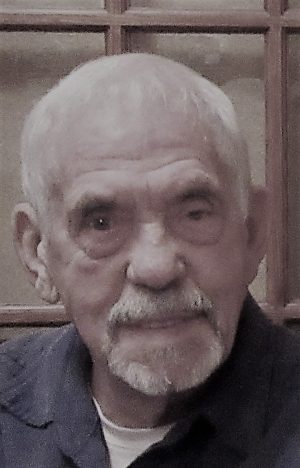 Dayton P. Baker, age 83 of Kline’s Resort died Tuesday, April 3, 2018 at Borgess Medical Center in Kalamazoo. He was born in Lawton on Aug. 30, 1934 the son of Donald J. and Vera E. (Pierson) Baker. He was a graduate of Kalamazoo Central High School. Dayton started his employment at Eckrich Meats. Later he joined the Upjohn company as a chemical operator where he retired after 27 years of service. After retirement he went to work for his son, Jerry at the Canopeum.

Dayton was married to Betty Jane Allen on Aug. 27, 1955 in Oshtemo. Betty died in 1997. He married Maxine (Romer) Philbrick on July 25, 1998 in Englewood, Florida. They attended the Englewood Methodist Church, and Dayton enjoyed many rounds of golf in the winter months. He was a former member of the Mendon Kiwanis Club.

A memorial service will be held on Saturday, April 14, 2018 at 4:00 PM in the West Mendon Community Church, 22994 Portage Lake Rd., Mendon, MI 49072, and where the family will receive friends for one hour prior to services. A private interment of ashes will take place in Mendon Cemetery. Memorial donations may be directed to the family, or to the Englewood United Methodist Church, 700 E. Dearborn St., Englewood, FL 34223. Condolences may be expressed to the family online at www.eickhofffuneralhome.com