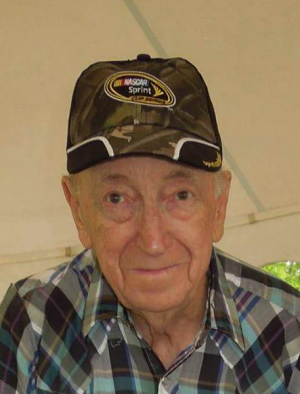 William Skelton, age 85, of Constantine, passed away Monday, April 2, 2018 at his home. He was born in Constantine on October 4, 1932, a son of Herman and Sadie (Thorne) Skelton. William attended Constantine Schools and went on to serve in the United States Army. On March 3, 1955, he married Lola Garner in White Pigeon; she preceded him in death on August 28, 1998.

William retired from Jayco RV in Middlebury where he worked as a mechanic. He also previously worked for Coles Automotive in Three Rivers and Alcona RV in Elkhart. He enjoyed watching Nascar, baseball, skeet shooting, hunting, and fishing.

He was preceded in death by his parents, wife, siblings Frances Hoopingarner, Lillian Holderman, and Tom Skelton, half siblings Joseph Skelton, Russell Skelton, and Elwood Skelton.

Relatives and friends will be received on Thursday from 4 to 7 at Eley Funeral Home, Constantine. Religious services will be on Friday at 11 am at the funeral home. Interment will follow in the Constantine Cemetery. Memorial contributions can be made to Constantine Fire and Rescue. Online condolences may be left for the family at www.eleyfunerahomes.com.