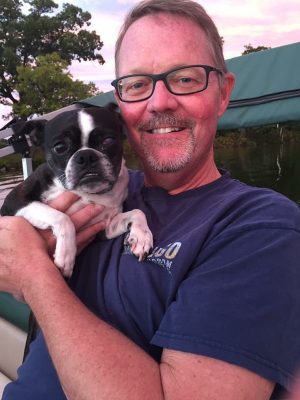 Craig W. Dunlap, 50, of Nottawa, passed away peacefully on Thursday, May 17, 2018 surrounded by his family. He was born in Angola, IN on July 26, 1967, a son of Keith and Eloise (Wallace) Dunlap. Craig graduated from Angola High School and went on to attend Indiana University and Indiana State University before graduating with his doctoral degree from the Southern College of Optometry in Memphis, TN. Craig owned the Dunlap Eye Clinic in Angola and LaGrange, for the last 20+ years.

On October 3, 2016, he married Amanda Allabach at the Riverside Church in Three Rivers, where they were church members. He loved being in warm weather where he could golf, scuba dive, skydive, and travel. He was an avid Nascar fan, favoring #24 Jeff Gordon.

Craig battled cancer in his early 20’s, which led to a leg amputation. However, that never held him back and he always lived his life to the fullest. His determination was inspiring to all those around him. Craig was a true servant, always thinking about others before himself. He doesn’t want his loved ones to grieve his passing, but be thankful that he is no longer in pain and has been made a new creation in God.

Relatives and friends will be received Friday, May 18 from 2 to 4 and 6 to 8 at Eley Funeral Home, Centreville. Religious services will take place on Saturday, May 19 at 10AM at Riverside Church, Three Rivers, with Pastor Jamie Smith officiating. Interment will occur in Nottawa Cemetery. Memorial contributions can be made to the family for St. Judes. Online condolences may be left for the family at www.eleyfuneralhomes.com.