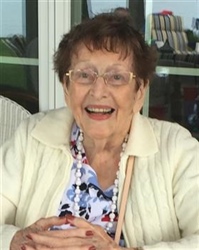 Muriel was preceded in death by John T. Nykun and daughter, Suzanne.

Prior to marriage, Muriel taught high school in Paterson, NJ at both Central and Eastside High School.

Muriel belonged to the Garden Club, the Women’s Club, and a few Bridge Clubs. She was a member of Immaculate Conception Catholic Church.

Memorial donations can be made to The Three Rivers Community Foundation c/o The John T. Nykun Scholarship or the Volunteer Firefighters of The Fabius-Lockport Park Fire Department. Envelopes are available at Hohner Funeral Home.