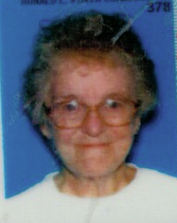 Nancy Lee Garvie, age 87, of Burr Oak, died on Friday, June 1, 2018, at Fairview Nursing and Rehabilitation Community in Centreville. She was born in Pennsylvania on December 12, 1930. She attended school in Hoboken, NJ and moved to Michigan in 1949 after marrying John L. Garvie. He preceded her in death on April 30, 2005.

Nancy worked as a housekeeping supervisor at Sparrow Hospital for 15 years. She also previously worked at Carney’s Bed and Breakfast in LaGrange, IN. She enjoyed knitting, crocheting, and doing word search puzzles.

She was preceded in death by her parents, husband John, sons James and Lonnie Garvie, and a grandchild.

According to her wishes, cremation has taken place. Interment of ashes will occur in Sunfield, MI. Arrangements were entrusted to Eley Funeral Home, Centreville. Online condolences may be left for the family at www.eleyfuneralhomes.com.