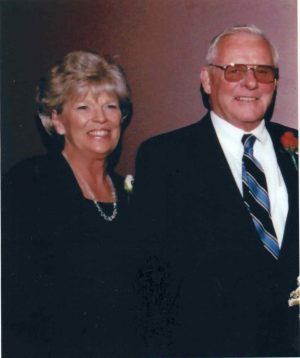 Albert E. “Al” Jensen, age 86, of Vicksburg, died Saturday, June 30, 2018 at Rose Arbor Hospice in Kalamazoo. He was born in Chicago, on Oct. 18, 1931 the son of Albert and Edna (Werthe) Jenson. The family moved to the Vicksburg area when Al entered the 5th grade, and he graduated from Vicksburg High School in 1949. He worked briefly at Post Cereals in Battle Creek before joining the United States Marine Corps. After his military service, he returned to his job at Post where he retired after working there for 37 years. He was married to Kathleen J. “Kay” Reilly on Aug. 31, 1957 in Kalamazoo, and she preceded him in death on Oct. 20, 2010. Al was known to build, fix, or repair anything. He enjoyed camping and boating with his family Up North, and motorcycle rides with his buddies, Tom, Dick, and Larry.

Al is survived by two sons, Richard D. (Heather) Jensen and Randall A. (Raquel) Jenson both of Vicksburg; a daughter, Robin L. (Mark) Welch of Kalamazoo; four grandchildren, Haleigh, Jake, Miranda, and R.J. Jensen; a great-grandchild, Isaiah Nielsen; sister, LaVern Barden of Kingsville, TX; and nieces and nephews. He was preceded in death by his parents; his wife; and a sister, June Meska.

In keeping with his wishes, cremation has been conducted. The family will receive friends from 5 to 7 PM Monday, July 9, 2018 at the Eickhoff Funeral Home in Mendon. A private interment will take place later in Vicksburg Cemetery. Memorial donations may be directed to a charity of one’s choice. Condolences may be expressed to the family online at www.eickhofffuneralhome.com