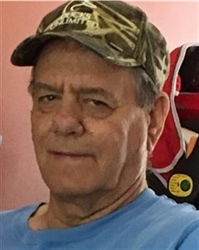 Ron graduated from Centreville High School with the class of 1966 and began working at Continental Can Corporation.  On Oct. 25th, Ron’s birthday, 1969 he was united in marriage to Mrs. Nancy (Mayer) Sult.  He began working for the Johnson Corporation shortly after and retired after thirty plus years of service in the maintenance department.  Ron loved to work outdoors and trap-shoot as well as restoring antique vehicles in his spare time.

Mr. Sult was preceded in death by his parents and one daughter-in-law, Jennifer Dickerson-Sult.

The family will receive friends from 10:00 a.m. until the time of memorial service at 11:00 a.m. on Friday, July 13, 2018 at the Hohner Funeral Home with Pastor Bob Anderson officiating.

Memorials may be donated to the Three Rivers Health Specialty Clinic.  Envelopes available at the funeral home.