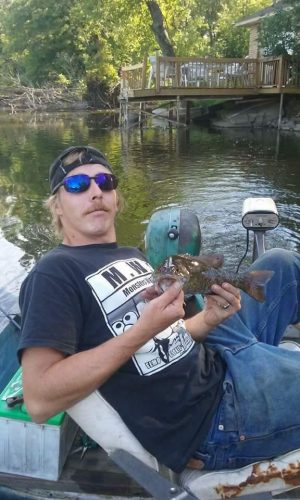 Shea Michael Cline, age 28, of Three Rivers, died Monday, July 16, 2018 at Borgess Medical Center in Kalamazoo. He was born in Three Rivers on Dec. 3, 1989 the son of John E. and Kimberly (McWatters) Cline III and was a lifetime resident of Three Rivers. Shea was a handyman, and had worked for Keller Roofing, JMC Construction, Viking RV, and for Meadow Lane Trailer Park in Three Rivers.

A memorial service will be held at 2:00 PM Saturday, July 21, 2018 at the Eickhoff Farrand Halverson Chapel in Three rivers with Pastor Clark Polly of Family Worship Center Ministry officiating. The family will receive friends for one hour prior to services at the funeral home. Memorial donations will be directed to the family. Condolences may be expressed to the family online at www.efhchapel.com