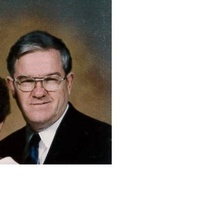 Stanley W. Bickel, age 76 of Mendon, died Wednesday, July 18, 2018 at Borgess Medical Center in Kalamazoo. He was born in Cadillac, Michigan on June 20, 1942 the eleventh of twelve children born to Hallett Herr and Hazel Marie (Sheldon) Bickel. After graduating from Cadillac High School, Stanley served in the US Army for four years. He was employed at Interkal Seating Worldwide in Kalamazoo for over 43 years. Stanley was a member of the Three Rivers Bible Church for many years where he was a Board Member AWANA supporter. He was a member of Hice-Shutes American Legion Post 170 in Three Rivers. In his spare time, he enjoyed woodworking, trains, and camping.

The family will receive friends from 10 to 11 am Monday, July 23, 2018 at the Three Rivers Bible Church, 220 N. Erie, Three Rivers. Funeral services will begin at 11 am Monday at the church with Rev. Jeff Homan officiating. Military interment will be at 2:30 pm Monday at Mount Ever Rest Cemetery 5941 S. Westnedge, Kalamazoo. It is suggested that memorial donations be directed to Three Rivers Bible Church. Arrangements were by the Eickhoff Funeral Home of Mendon. Condolences may be expressed to the family online at www.eickhofffuneralhome.com