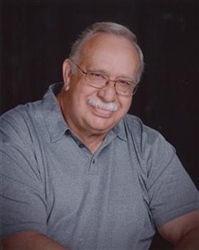 Dennis has been a resident of Three Rivers for twenty five years coming from Shelby Township.  He was united in marriage to Marjorie “Pixie” Lee Oehmke on June 12, 1965. Dennis was employed at Peterson Spring for many years as a tool and die designer.  He was a member of the Three Rivers Car Club and Immaculate Conception Catholic Church. Dennis cherished his time spent with family and friends which included camping, fishing, and going to the casino.  He will be dearly missed by all who knew him.

He was preceded in passing by his parents and one brother, Alan Ziehm.