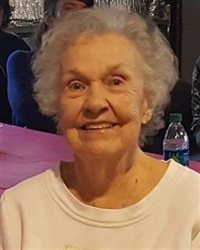 Margaret Ann Lakey, age 91, of Three Rivers, passed away on Monday, August 6, 2018 in Kalamazoo. She was born on October 31, 1926 the daughter of Lawrence and Birdie (Norris) Luck.

She graduated from Three Rivers High School in 1944 and went on to attend college at Western Michigan University. In 1947 she was united in marriage to Richard Lakey. She was a regular at the Three Rivers Trinity Episcopal Church. She retired from the First National Bank of Three Rivers. Margaret loved to read, bowl, craft, play bridge, bird watching, and spending time with family.

She is preceded in passing by her parents, sister: Anna Mae Marvin, and daughter: Patricia A. Lakey-Frye.

Per Margaret’s request cremation has taken place. A memorial service will be held at 11:00 a.m. on Wednesday, August 15, 2018 at The Trinity Episcopal Church of Three Rivers, with Pastor Karleen Kinker officiating. Interment will take place at Riverside Cemetery of Three Rivers following the service.

Memorial donations may be directed to The Trinity Episcopal Church of Three Rivers Domestic Assault Shelter. Envelopes available at Hohner Funeral Home in care of arrangements.