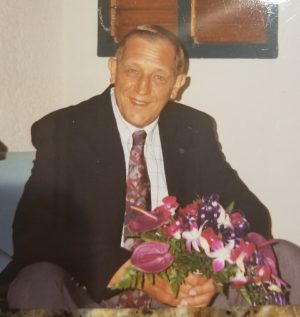 Paul Stanley Noga, age 74, of Colon, died Sunday, Aug. 19, 2018. He was born in Sturgis on March 13, 1944 the son of Stanley G. and Frances (Drewno) Noga. Paul graduated from Colon High School with the class of 1962. He served in the US Army from 1965 to 1968, and was stationed in Germany. Paul was a lifetime farmer who also worked for 30 years at Ralston Foods in Battle Creek. He later worked for Sheet Metal Workers Local 7, Zone 1 for 8 years. Paul was a member of the Polish National Alliance. He enjoyed fishing trips across the country, reading, mushrooming, and bargaining at garage sales.

The family will receive friends from 6 to 8 pm Wednesday at the Eickhoff Funeral Home in Mendon. Funeral services will begin at 10:30 am Thursday, Aug. 23, 2018 at the funeral home with Rev. David Farrell officiating. Following a luncheon, military interment will take place at 1:30 pm Thursday at Ft. Custer National Cemetery in Augusta. Memorial donations may be directed to either the Ronald McDonald House of Cincinnati, OH, or to St. Jude Children’s Research Foundation. Condolences may be expressed to the family online at www.eickhofffuneralhome.com