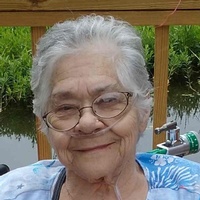 She was born January 9, 1934 in Chicago, the oldest of five children born to Jack and Alice Scamehorn.

Beverly loved to do crafts, especially sewing and Swedish weave. She was a Life Member of the Ladies Auxiliary to the Veterans of Foreign Wars, #5315 of Baldwin, Michigan, where she and her husband had a cottage for many years.

Beverly will be greatly missed by family and friends. She is survived by one daughter, Connie (Wolfgang) Gless; and two sons, Michael (Margaret) Knepple and David (Cheryl) Knepple, all of Vandalia; six grandchildren; ten great grandchildren; three great great grandchildren; two sisters, Marilyn Marks of Baldwin, Janet (John) Salisbury of White Pigeon; one brother, Jim (Marsha) Scamehorn of Union; and a host of nieces and nephews.  She was preceded in death by her parents; a daughter, Christina; a son; one sister, Sharon Smith; and a brother in law, Dale Marks.

The family will observe a private remembrance.

Arrangements have been entrusted to Connelly Chapel Wagner Family Funerals, Cassopolis. Please share a memory or a message online.