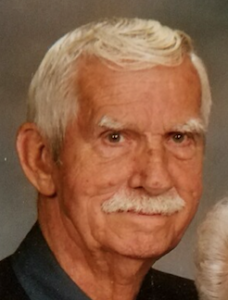 Charles was born in Osceola, IN on November 1, 1923, a son of William Stewart and Edna Mae (Simpson) McClain. He graduated from Middlebury High School in 1941. Charles served in the US Army and the Merchant Marines.

He was a member of Porter Baptist Church and enjoyed horses, flying as a student pilot, hunting and fishing.

Relatives and friends will be received Friday from 12 to 2 pm at Eley Funeral Home in Constantine, where Religious Services will follow at 2 pm Friday. Pastor Randy Peterson will officiate.

The family requests donations to Eley Funeral Home to help with expenses. Cremation will follow services with interment of ashes at Constantine Township Cemetery. Online messages may be left for the family at www.eleyfuneralhomes.com.