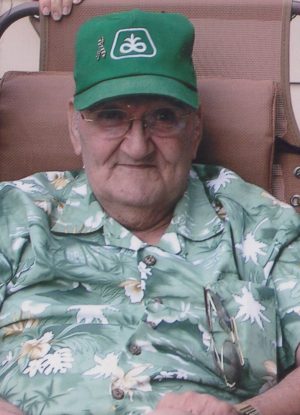 Robert “Pidge” John Schabes, age 87, of Three Rivers, passed away suddenly on Thursday, September 20, 2018 at his home. He was born in Chicago on March 29, 1931 the son of the late William J. and Catherine (Collopy) Schabes.

Mr. Schabes served his country honorably in the U.S. Army during the Korean Conflict. He married his first wife Joan who passed away on Sept. 11, 1972. He later married Eva (Beebe) Schabes who also preceded him in death. Robert retired from Weyerhaeuser Corp. in 1988 after 25 years of service.

Robert loved his Detroit Sports especially the Lions and Tiger’s, he loved the outdoors, fishing and hunting, and bowling, and building model ships.

The family will receive friends from 11:00 a.m. until the time of Robert’s service at 1:00 p.m. on Thursday, Sept. 27th, 2018 at the Hohner Funeral Home with Pastor Homer Yoder officiating.

Interment will be held at St. Edward’s Cemetery, Mendon.

Memorial donations may be made to St. Jude’s Children’s Hospital. Envelopes available at the funeral home. Online condolences may be left at www.hohnerfh.com.