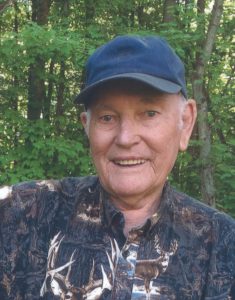 Dennis Robert Slack, age 85, of Three Rivers passed away at his home surrounded by his family and love on Saturday, October 6, 2018. He was born on March 12, 1933 the son of Edwin D. Slack and Georgina L. (Gemberling-Slack) Youells.

Dennis was born in Moorepark and at six months of age, moved to the farm on Buckhorn Rd in Three Rivers. Dennis helped on the farm and was employed by other farmers. He was working at Eddy Paper at the time he was married to Ruth Arlene Buel on March 21, 1953 and entered the United States Armed Forces on March 24, 1953. Dennis made Corporal at Ft. Lewis, TX and Sergeant First Class in the Medical Corps at Fort Carson, CO. He returned to Eddy Paper after his service and opened Slack’s Cabinet Shop. He then worked construction until his retirement.

Dennis was preceded in death by grandparents, parents, and eight siblings. Also preceding him was his wife, Ruth Arlene Slack and two sons, David Alan and Kenneth Robert Slack.

Interment will be held at Moorepark Cemetery with Military Honors under the auspices of the American Legion Post # 170.

Memorials may be directed to the American Legion Post # 170. Envelopes available at the funeral home. Online condolences may be shared at www.hohnerfh.com.