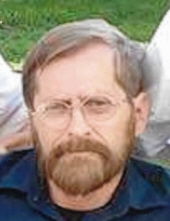 Donald Vohn Williams, Jr. age 63 of Bronson, passed away early Saturday morning October 20, 2018 at Borgess Medical Center in Kalamazoo.
He was born August 26, 1955 in Dowagiac, son of the late Donald Vohn and Mary (Hotrum) Williams.
Don was a lifelong Bronson resident.
He had owned and operated a construction company and worked as a janitor at the Bronson Community Schools.
He had a true appreciation for music and enjoyed singing and playing the guitar. He also enjoyed fishing and loved going to stock car races.
He is survived by two sons: James Williams of Bronson and Donald (Deanna) Williams, III of Sturgis; one daughter: Mary Clark of Lawrence, Kansas; 10 grandchildren; four great grandchildren and one sister: Sue (John) Burch of Coldwater.
He was preceded in death by his parents and one sister: Mary Branham.
The family will receive friends from 1:00 to 2:00 P.M. Friday at the Hackman Chapel of Hackman Family Funeral Homes, 114 S. Nottawa St., Sturgis, MI 49091, 269-651-2331 where funeral services will begin at 2:00 P.M. Friday. Mr. Larry Wallman will officiate. A graveside committal will follow the service at the Bronson Cemetery in Bronson.
Memorial donations would be appreciated to the funeral home to help with expenses.
The obituary is also at www.hackmanfamilyfuneralhomes.com where personal messages of support may be left for the family.