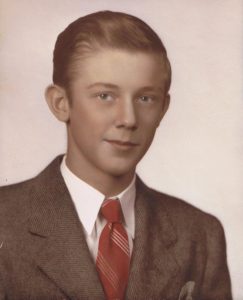 Maurice “Mauri” Webb, age 90, Centreville, passed away October 29, 2018 at Three Rivers Health. He was born in Indianapolis on July 24, 1928, a son of Josiah and Elizabeth (Doerband) Webb. Mauri graduated from Mendon High School in 1946 and later attended Glen Oaks Community College. He was employed as a machinist at Continental Can for 30+ years until retiring at the age of 62.

Mauri loved racing, especially the Indianapolis 500 and NASCAR. He was previously a member of the Three Rivers Airport Board, enjoyed going bowling, and attended Life Church Centreville.

He was preceded in death by his parents, wives Barbara, Hazel, and Geraldine, and siblings Betty Stader and Donald Webb.