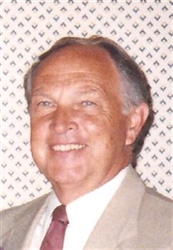 Mr. Zander retired in Lima from General Dynamics Plant Engineering. He previously worked for Chrysler Corporation in the Detroit area for over 27 years. Beginning at Highland Park Engineering and then at the Troy office of Chrysler Realty for the dealership and diversified construction programs. Mr. Zander was a registered architect, a designer, and artist.

Friends may call from 11 to 12 on Saturday, October 6 at Hohner Funeral Home 1004 Arnold St, Three Rivers, followed by a memorial service at 12pm with Military Honors conducted under the auspices of the American Legion Post # 170.

In lieu of flowers, contributions can be made to the Children’s Leukemia Foundation of Michigan.  Envelopes available at Hohner Funeral Home in care of arrangements.