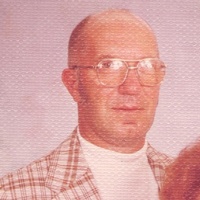 Gilbert graduated from Tiskilwa High School in Tiskilwa, IL in 1950. He served in the US Army.

Gilbert worked as a farmer and also worked as a driver for Bivouac Van Conversion and Indian Prairie Materials. He was also owner and operator of Lakeland Skeet & Trap Range in Vandalia, and Lakeland Enterprises.

He was preceded in death by his parents, wife, son Ronald Corss, as well as 2 sisters in infancy.

Relatives and friends will be received Saturday from 10 to 12 at Eley Funeral Home in Constantine where funeral services will follow at 12:00 pm. Interment at Birch Lake Cemetery. Memorial contributions may be made to VFW Marcellus.