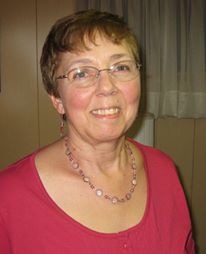 Raeann Marie Snook, age 70, of Three Rivers, passed away suddenly on Friday, November 2, 2018 at her home.  She was born in Kalamazoo on January 5, 1948 the daughter of Niles Ray and Illa Mae Williams. She was raised by her mother, Illa, and Illa’s second husband, Jerry Triano in Flowerfield, Michigan.

Raeann worked at Upjohn/Pfizer for many years and had worked at Three Rivers Hospital prior to that. She graduated from Three Rivers High School in 1966 and attended Western Michigan University. She enjoyed crafting beautiful cards and pictures with her long time friend, Sue Sarkkinen, and she loved taking photos of her grandchildren. She was happy to serve many years with the Three Rivers Area Mentoring program. She also was very proud to be a member of the Three Rivers Lions Club.

The family will receive friends from 1:00 p.m. until time of memorial services beginning at 3:00 p.m. on Saturday, November 10, 2018 at Hohner Funeral Home with Rev. Rachel Lonberg of People’s Church of Kalamazoo officiating.

Memorial donations may be directed to the Lions Club of Three Rivers.  Envelopes available at Hohner Funeral Home in care of arrangements. Online condolences may be shared at www.hohnerfh.com.