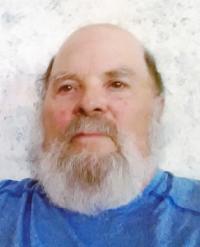 David Wayne Harmon, age 65, of Three Rivers, passed away peacefully at his home following a courageous battle with cancer on Thursday, Dec. 13, 2018. He was born on Feb. 21, 1953 in West Memphis, Arkansas, the son of William Harvey (Rosa Lee Bryant) Harmon.

Mr. Harmon served his country honorably in the U.S. Army. He was a former member of the American Legion Hice-Shutes Post #170 and was an independent welder for many years.

David was preceded in death by his father William; his wife, Kathy Sue Harmon, and brother, William Lee Harmon.

The family will receive friends from 11:00 a.m. until time of services at 1:00 p.m. on Monday, Dec. 17th, 2018 at the Hohner Funeral Home with Mr. Christopher Sanders officiating.

Interment will be held at Riverside Cemetery, Three Rivers; with Military Honors conducted under the auspices of the American Legion Hice-Shutes Post #170 and Commander Norm Stutesman.

Memorials may be donated to Airborne Angel Cadets of Texas or Support Our Troops. Envelopes available at the funeral home. Online condolences may be shared at www.hohnerfh.com. 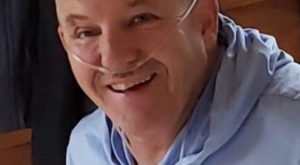 Timothy Paul Landrum, age 64, went to be with his Lord on Friday, December 2, …