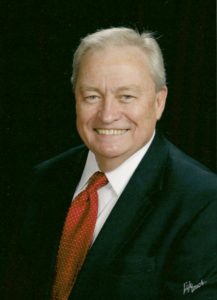 Since 1980, Dr. Rye was in private practice and taught prosthodontics at the graduate level. He also provided Prosthodontic services at the Atlanta Clear Choice Centers since 2014. Professionally, he gained wide respect as an authority in treating complex reconstructive cases. Dr. Rye has been a recognized leader in the field of dental implants and has lectured nationally on the subject. He was a past president of the American College of Prosthodontists, Georgia Section, and an active member in many professional organizations, including the American Academy of Fixed Prosthodontics, Academy of Osseointegration and the American Dental Association, to name a few.

Dr. Rye had many interests including advancements in dental technologies, all types of photography and music. Having survived previous medical challenges, he had a deep faith in God and appreciation for the blessings of each day. He was dedicated to providing the highest level of care possible for his patients who meant so much to him. He loved his family with all his heart and cherished every moment spent together.

Eickhoff Funeral Home in Mendon is handling arrangements scheduled for Saturday, December 15th, with visitation at 1:00 p.m., service at 2:00 p.m. and graveside interment immediately after. Anyone interested in attending may obtain additional information on the Eickhoff website or contact Dr. Rye’s office by email at info@stanleyeryedds.com. Plans for an Atlanta memorial service in January are pending additional information. An update will be posted after the funeral service on the Eickhoff and H.M. Patterson & Son – Oglethorpe Hill websites.

Memorials may be given to the Georgia Dental Association’s Foundation for Oral Health (includes GDA’s Mission of Mercy), established to provide dental care to thousands of adults in need: