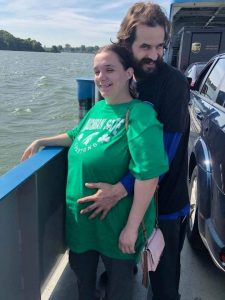 Jessica Lynn Gould and Baby Shea Austin Hansen passed away Tuesday, December 4th, 2018 in a house fire in White Pigeon. She was born June 30th, 1983 the daughter of Robert and Margaret Gould.

Jessica was employed at Arby’s in Three Rivers.  She loved to watch the movie, Princess Bride and adored kids and dogs.  She will be truly missed by all who know her.