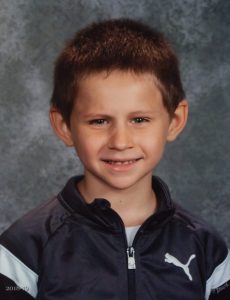 Ray J was a very handsome young man. His smile was the light of my mornings.  He gave the tightest of hugs. He loved to push the limits and irritate his sisters, but was quite a ladies’ man. He could eat a whole pizza all to himself. He was a wonderful student and first grader at White Pigeon Elementary.