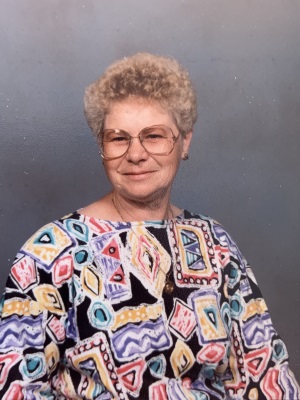 Bonnie May Carta, age 85, of Three Rivers, died Sunday, Jan. 20, 2019 at her home. She was born in Indiana on Jan. 26, 1933 the daughter of Andrew and Gertrude (Gottschalk) Lewis. The family moved to Three Rivers when she entered the ninth grade, and Bonnie graduated from Three Rivers High School with the class of 1951. She met her future husband while working at Peterson Spring. Bonnie and Paul Carta were married in Three Rivers on July 7, 1956. Bonnie was the secretary at Immaculate Conception Catholic Church, at the Shopper’s Guide, and for P.M. Automotive in Three Rivers. She enjoyed reading, sewing, baking for her family, and spending time with her grandchildren.

In keeping with her wishes, cremation has been conducted. The family will receive friends from 5 to 6 pm Thursday at the Eickhoff Farrand Halverson Chapel, 305 Rock River Ave., Three Rivers. A memorial funeral mass will be held at 1:00 pm Friday, Jan 25, 2019 at Immaculate Conception Catholic Church with Rev. Antony Rajesh officiating. Interment will be in Riverside Cemetery. Memorials may be directed to a charity of the donor’s choice. Online condolences may be expressed to the family at www.efhchapel.com