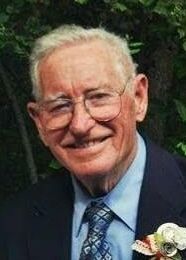 Eddie and the former Miss Margetta Fern Hancock were united in marriage on October 8, 1956, and Mr. Stokes proudly served his country in the United States Army from 1956 until 1958. In July 1966, the Stokes relocated to Michigan where they raised their family, and Eddie began work as a machinist with Humphrey Products Company. Mr. Stokes dedicated 27 years to work before his retirement in 1994. Mr. Stokes was a member of Calvary Missionary Baptist Church in Three Rivers, where he was immensely involved with any and all church activities, and served as pastor from 1969 to 1970. He also preached at several other churches in the surrounding area.

Mr. Stokes enjoyed time spent working with his hands in carpentry and metal fabrication, and in his younger years in Arkansas, he loved to hunt; especially frog hunting. Mr. Stokes will forever be remembered by his family and friends for his infamous dad jokes, magic tricks, and what a fun loving husband, brother, father, grandfather, and great-grandfather he was throughout their lives. Eddie was everyone’s favorite, and everyone was his favorite.

The family will receive friends from 11am until time of services at 12-noon on Saturday, January 19th, 2019 at the Calvary Missionary Baptist Church of Three Rivers with Pastor Kyle Foster officiating.

Interment will be held at Vicksburg Cemetery following services.

In lieu of flowers, donations may be made in Mr. Stokes’ honor to the National Aphasia Association www.aphasia.org. Envelopes available at the church and Hohner Funeral Home in care of arrangements. Online condolences may be left at www.hohnerfh.com