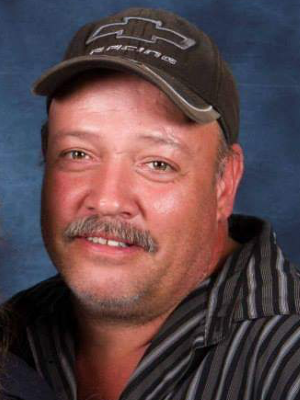 Willie Ray Fuller, age 54, of Centreville, died on Thursday, February 14, 2019 from injuries sustained in an automobile accident. He was born October 29, 1964 in LaGrange, a son of Raymond and Opal (Hall) Fuller.

On July 4, 1998 he married Tammy Benwire in White Pigeon. Will worked as a road tech at Grand Design RV in Middlebury and previously at Lippert Components in Goshen.

Will loved to work on cars and trucks, being especially fond of Chevrolet. He was also an accomplished cook and grill master.

He was preceded in death by his mother, Opal Fuller, and 2 children Darrell Jennett Jr. and Matthew James Fuller.

Relatives and friends will be received at Eley Funeral Home in Centreville, on Monday, Feb. 18 from 1 to 4 pm. Religious services will follow at 4 pm.  Bishop Matt Beaty, Gathering Church of God, Scotttsboro, AL, will officiate.

Memorial contributions may be directed to St. Joseph County Mounted Division Pony Express “2019”. Online messages may be left for the family at www.eleyfuneralhomes.com.