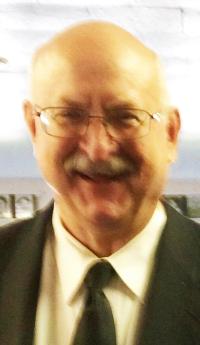 Clifford “Cliff” L. Bowlby, age 68, of Bristol, passed away at Elkhart General Hospital on Friday, March 1, 2019. He was born in Three Rivers on Jan. 8, 1951 to the late Hiram and Hazel (Kreitzer) Bowlby.
He was married to his wife, Virginia “Polly” Hicks, on April 16, 1977 who survives at home after 42 years. He is also survived by a brother, Terry (Estelle) Bowlby of Jones, sister-in-laws, Jama and Beth Bowlby, along with many relatives in their extended family. He was preceded by his parents and brothers, Orrin and Merle Bowlby.
Clifford served proudly in the United States Army.
Visitation will be held at Billings Funeral Home in Elkhart from 12:30 to 2:30 p.m. on Thursday, March 7, 2019. Services will follow at 2:30 p.m. with Chaplain Marti Cerda officiating with a burial, including military honors, to take place at Constantine Cemetery immediately after. Memorials may be given to the Bowlby Family