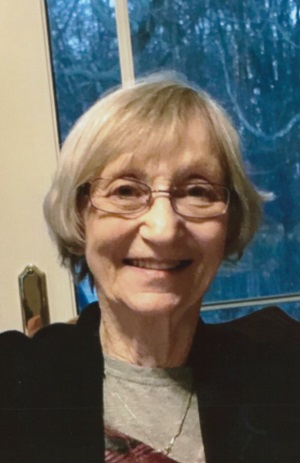 Georgia Ann Spencer, age 76, of Three Rivers passed away on Monday, March 25, 2019 surrounded by her loving family.  She was born in Three Rivers on June 24, 1942 the daughter of Victor and Alice (Starzeski) Colosimo.

On August 6, 1960 she was united in marriage to her high school sweetheart, Charles Spencer.  Georgia worked for many years in housekeeping at Three Rivers Hospital.  She was a member of the Immaculate Conception Catholic Church of Three Rivers.  She was talented at crocheting and scrapbooking, enjoyed crafts, and traveling with her friends.  She also cherished time with her children, grandchildren, and great grandchildren.

She was preceded in passing her parents, husband Charles Spencer, and brother, Michaell Colosimo.

In accordance with family wishes cremation will be conducted and a celebration of Georgia’s life will be held at a later date.

Memorial donations may be directed to the American Cancer Society. Envelopes are available and may be sent to Hohner Funeral Home in care of arrangements.