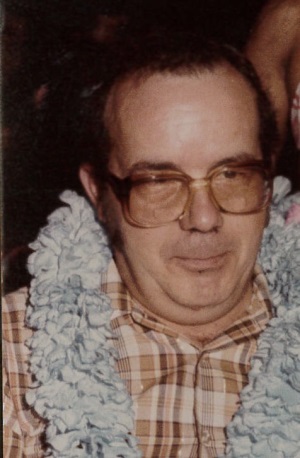 Allan Ray Decker, age 82, of Vicksburg, died Tuesday, April 23, 2019 at his home following a long illness. He was born in Colon on Jan. 16, 1937 the son of Clair and Frances (James) Decker. He graduated from Colon High School with the class of 1955. Allan enlisted in the U.S. Army and served in Korea with the Signal Corps. He was married to Geraldine Spealman on April 5, 1959 in Leonidas and they moved to Vicksburg in 1962. Allan worked for Lakeside Refining Company in Kalamazoo for thirty-five years. He earned his Associate’s Degree from Kalamazoo Valley Community College in 1975. He was a member of the Disabled American Veterans. He and his wife, Jerry enjoyed travelling throughout the United States and Canada.

Allan is survived by four children, Tammy Decker of Fulton, Karla (Bill) Hodge of Huntersville, NC, Rod (Christina K.) Decker and their family, and Mark Decker both of Vicksburg; grandchildren, Thomas (Rebecca) Decker, Jessica (Jeremy) Shepherd, John Tiller, Ed, and Joe Hodge; a brother, Bruce Decker of Athens; two sisters, Susan Glass of Selina, OH and Linda Cubbernuss of Mendon. He was preceded in death by his parents; his wife, Jerry in 2011; and by three brothers, Lewis, Wayne and Ronald Decker.

Visitation will be from 5 to 8 p.m. Monday, May 6, 2019at the Eickhoff Funeral Home in Mendon. Funeral services will be at 11 a.m. Tuesday, May 7, 2019 at the Crossroads Missionary Church in Mendon with Pastor Bryan Balasa officiating. The family will receive friends for one hour prior to services at the church. Burial will be in Leonidas Cemetery. It is suggested that memorials be directed to the Deacon’s Fund at Crossroads Missionary Church. Condolences may be expressed to the family at www.eickhofffuneralhome.com