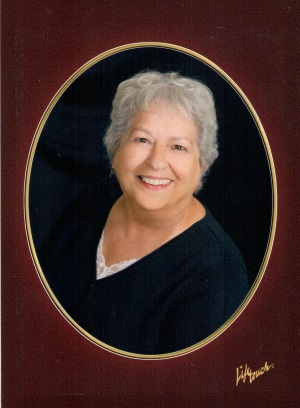 Dorothy Gooding, age 83, Three Rivers, passed away on Friday, April 12, 2019 at Grace Healthcare. She was born in Cook County, IL on March 13, 1936, daughter of Casmer and Adele (Bebenowicz) Swiatkowski, Sr.

Dottie attended Three Rivers schools. She worked as an office assistant and on the custodial staff for Owens-Illinois for 30+ years, retiring in 2000. Dottie was a member of Immaculate Conception Catholic Church in Three Rivers. She enjoyed taking care of her lawn and flower beds and watching and feeding the birds. Dottie was an avid cook and loved to watch cooking and home improvement shows.

She was preceded in death by her parents and brothers Casmer, Jr. and Michael Swiatkowski.

According to her wishes, cremation has taken place. Interment services will be held Friday, April 26 at 1:00 PM at Poes Cemetery, Jones with Father Antony Rajesh (Immaculate Conception) officiating. Memorial contributions can be given to the ‘Daughters of Mary’ for Mary’s Garden at Immaculate Conception.

Arrangements were entrusted to Eley Funeral Home, Constantine. Online messages can be left for the family at www.eleyfuneralhomes.com.