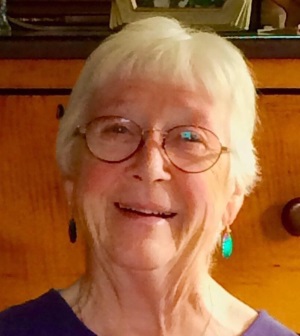 Mary Reed Snow, age 81, of Three Rivers, passed away peacefully Friday, May 17th, 2019 at Glenn Arbor Hospice Residence. Mary was born on May 9th, 1938 in Highland Park, MI, the daughter of the late Fred R. and Virginia (Stevenson) Reed.

On August 30th, 1959, Mary was united in marriage to, Taylor Snow, whom she adored and met while attending Albion College.  Their nearly 60 year marriage created a loving family, which includes her daughter, Cathy (Eric) Speirs of Flagstaff, AZ; two sons, Chris (Dawn) Snow of Battle Creek, and Matt (Amy) Snow of Milton, Florida, and her five beloved grandsons, Taylor (Danielle), Andrew, Ben (Savannah), Tim and Sam Snow. Mary also thought of Quy Tran of Miramar Beach, FL as a surrogate daughter and shared close and loving relationships with many others in her extended family.

Mary’s faith was her foundation, and she and Taylor have been long time members of the Holy Trinity Parish of the Anglican Church in Hillsdale, MI.  They also have had a special relationship with All Saints Anglican Parish in Pensacola, FL.

Mary was an elementary school teacher for over 30 years, having spent the majority of her career with the Three Rivers Public Schools, as well as 6 years in Grand Ledge, MI.  Mary brought a remarkable passion to her teaching and unwavering commitment to positively influencing the lives of each and every one of her students.

Mary was a committed resident of Three Rivers, which she treasured.  Her commitment began as a life guard in high school at the Three Rivers’ swimming hole.  Her community involvement continued throughout her life through her energetic participation in activities and organizations that were important to her.  She was a member of the Three Rivers Women’s Club for 52 years. She is perhaps best remembered as “The Pie Lady of Three Rivers” in recognition of her efforts with the Women’s Club Water Festival pie sale, which has raised thousands of dollars to support college scholarships for local students.  She and Taylor have also been important supporters of The Carnegie Center for the Arts, and many other community organizations.  Mary and Taylor were honored to be recognized as Three Rivers’ Citizens of the Year in 2008.  Mary cherished her friends far and wide, including many she had from her early days at Hoppin School.

Mary and Taylor also loved travelling.  Their travels led them to visit the Hopi Reservation many times to visit Mary’s close friend, who is one of First Mesa’s spiritual leaders. She especially enjoyed many Canadian wilderness fishing trips and spending winter months in Milton, Florida, where she and her family lived for a time.

Funeral services will be held at 11:00 am on Thursday, May 23, 2019 at the First United Methodist Church in Three Rivers, with The Reverend Adam Rick of Holy Trinity Parish as celebrant.

Interment will be held at Riverside Cemetery in Three Rivers following a luncheon at the church.

In lieu of flowers, the family requests memorial donations to The Carnegie Center for the Arts, the Three Rivers Women’s Club Scholarship Fund or Holy Trinity Parish.  Envelopes are available at the funeral home.  Online condolences may be left at www.hohnerfh.com.