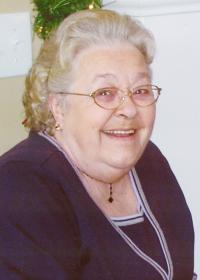 Mrs. Mary Helen Peck, age 86, of Three Rivers, went to be with her Savior on Sunday, June 23, 2019 at the Heartland Health Care Center. She was born on April 1, 1933 in Milan, MI., the daughter of the late William and Margaret Susan (Trachel) Bame.

Helen moved with her family to Three Rivers in 1961 to work at Continental Can Company. She and her late husband Tom, who preceded her in 1997, created a career in the janitorial business where she worked until 2010. Helens greatest love was her family to whom she was devoted and will be loving missed. Helen was former and long time member of Moorepark Community Church.

Interment will be held in Moorepark Cemetery. Memorial donations may be directed to Three Rivers Health Hospice or the Charity of One’s Choice. Envelopes available at Hohner Funeral Home in care of arrangements. Online condolences may be left at www.hohnerfh.com.