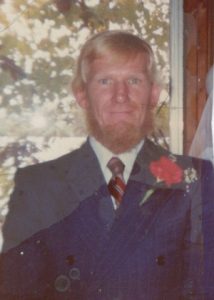 Stephen Stanley Bloom, age 68, of Three Rivers, passed away in the late hours of Sunday, June 30, 2019 in his home surrounded by his loving family. Stephen was born on October 8, 1950 the in Three Rivers, the son of Stanley I. and Ada (Vandorn) Bloom.

On October 21, 1990 Stephen married his high school sweetheart and the love of his life: Susan Bowersox. Stephen loved spending time with his family and had a special bond with his first grandson Caleb. Stephen enjoyed flowers and gardening in his yard. One of Stephen’s hobbies was to peruse the flea markets with Susan.

He is preceded in his passing by his parents.

In accordance with the family’s wishes cremation has taken place and a memorial service will be held on Saturday, July 20, 2019 at 2:00 p.m. at Corey Church of the Nazarene 10058 Water St, Three Rivers, MI 49093 with Pastor Gary Carr officiating.

Memorial donations made in Stephen’s memory may be directed to the family c/o Susan Bloom. Envelopes are available at Hohner Funeral Home.