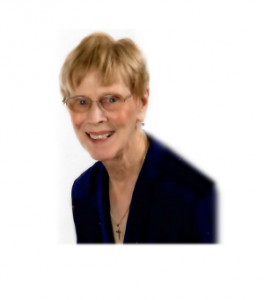 Mary E. Klett, age 89, of Constantine, passed away on Saturday, August 10, 2019 at Goshen Hospital.  Mary was born January 21, 1930 in Three Rivers, daughter of Benjamin and Elizabeth (Cerutti) Granzotto.  She graduated from Three Rivers High School in 1948 and then received her Medical Secretary’s degree from Elkhart College.  On April18, 1959, she married Garth Klett in Three Rivers; he preceded her in death on August 2, 2010.

Mary worked as a medical secretary for Dr. Fortner’s office in Three Rivers for 35 years.  She was also a member of the Constantine American Legion Women’s Auxiliary, Daughter’s of Mary at Immaculate Conception Church, Classic Antique Restorers (C.A.R.) Club, and Three Rivers Eagles.

She was preceded in death by her parents, husband, infant son John, brother Freddie Granzotto, sister in law Lidia Granzotto, and brothers in law Ben Kinney and Keith Allison.

Relatives and friends will be received Thursday from 2 to 4 and 6 to 7:30p at Eley Funeral Home, Constantine, followed by a Rosary Service at 7:30.  Mass of Christian Burial will take place on Friday at 11:00 at Immaculate Conception Church, Three Rivers, with Fr. R. Mathias, MSFS, officiating.  Interment will follow in the Constantine Township Cemetery.

Memorial contributions can be given to Immaculate Conception School or to the Constantine American Legion Women’s Auxiliary.  Online condolences can be left for the family at www.eleyfuneralhomes.com.