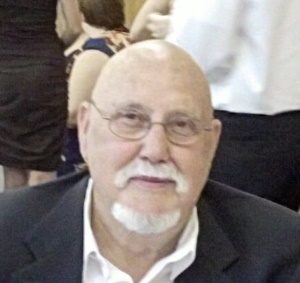 Bobby Ray Golden, age 81, of Three Rivers, died September 2, 2019, at his home surrounded by his family. Bobby was born April 5, 1938, in Pineville, Kentucky, to Floyd and Grace (Hoskins) Golden.

Bob worked for General Motors in their Chicago plant where he met his wife, Pam. They were united in marriage on January 7, 1984 and their daughter Amanda was born in 1985. Upon the closing of the plant, they relocated to Three Rivers in 1987 where he continued to work for GM until he retired in 1992 after 31 years of service. Bob returned to work at Pioneer Seed Company in Constantine, and retired with 11 years of service.

Bob and Pam enjoyed motorcycle riding with their friends and traveled many miles throughout the country on their trips. He also enjoyed watching grandson, Garrett play sports, family vacations, and visits from Dan and his family from California. Spending time with his family was his ultimate hobby.

In accordance with family wishes cremation will be conducted.  The family will receive friends from 1:00, with a celebration of Bobby’s life beginning at 2:00 on Saturday, September 14, 2019 at Hohner Funeral Home.