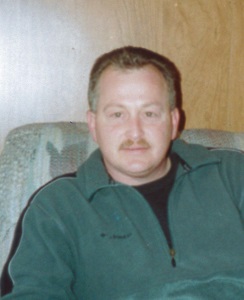 William “Bill” Ira Hires, age 58, of Three Rivers passed away suddenly on Tuesday, October 15, 2019 at his home. He was born on November 26, 1960 and raised in Constantine, MI the son of the late William D and Diane (Wojcik) Hires.

Bill was a graduate of Constantine High School where he excelled in football and wrestling. Upon graduation he enlisted in the US Army where he served 8 years in the 1st 30th Infantry Division in Germany, 2nd Airborne Division, and Intelligence Division in Arizona. There he served as chauffeur for a Colonel and visiting Generals which brought him close to many important leaders of our country as well as other countries. His chauffer duties included memoriable assignments such as driving Margaret Thatcher for summit meetings in Washington D.C. His orders also included active combat in the U.S. invasion of Granada in 1983. Bill always spoke fondly of the friendship that was built serving the Colonel and they kept in touch long after his Army career ended.

Remodeling homes and landscaping was something Bill liked to do. He loved to fish and hunt mushrooms. A talented artist, Bill spent his free time building and wood-burning detailed nature scenes on birdhouses and feeders. An extremely hard worker, he was a handy-man that could fix or build almost anything that was asked of him. Bill was a licensed welder and skilled tradesman in HVAC, up until a health condition forced him into early retirement. Bill is an inventor of a Sheet Metal Building Kit that is now a U.S. Patent. Amongst many talents there wasn’t any task that Bill couldn’t tackle with his hands.

As a member of Center Park United Methodist Church he had a great singing voice and was a servant of God who walked the walk every day, all day. Always there to lend a hand to anyone in need or share the Word of prayer with anyone that would listen. He helped many bed-ridden friends on their death beds and brought many others to Jesus Christ through his endless phone calls, texts, and personal testimony. When God called Bill home, he was more than ready to leave his broken, painful earthly body. Rest assured he is sitting on the right hand side of Jesus in all of His glory. He and his wife spoke often about when that day will come for all of us and how wonderful it will be!! It came sooner than we thought it would, but his spirit will live on in all of the wonderful family, friends and acquaintances memories.

Bill was a very faithful, devoted, and loving husband to his wife, who he affectionately called either “honey” or “you beautiful creature.” He loved nature and animals, especially his little snuggly dog, Ellie, who was his constant companion the last three years.

Although he his absent from this cruel earth, he will live forever in our hearts and in eternity.

In accordance with Bill’s wishes cremation will be conducted. The family will receive friends from 9:00 a.m. until a celebration of Bill’s life beginning at 10:00 a.m. on Saturday, October 26, 2019 at Hohner Funeral Home with special friend Pastor Marty Culver officiating.

Memorial donations may be directed Three Rivers Commission on Aging for the funding of a community outdoor space surrounding the new senior housing and activity center located on Broadway Rd in Three Rivers. Envelopes available at the funeral home. Online condolences may be shared at www.hohnerfh.com.