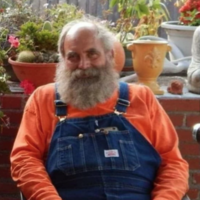 Daniel “Rej” Rejman, age 64, of Constantine, passed away on Tuesday, October 15, 2019 in Green Bay, WI. He was born in Detroit on June 14, 1955, a son of Joseph and Nellie (Mazur) Rejman. Rej graduated from Cody High School in 1973 and went on to serve as a submariner in the U.S. Navy. In June of 1986, he married Marilyn Byers at Selfridge Air Force Base in Michigan. Rej was an ironworker for the Local #25 Detroit and Local #229 San Diego. Daniel was an accomplished mechanic who could fix anything and he did this for anyone who needed his help. He loved his property and his tractor spending hours moving dirt around. His dream was to build his metal building so he could spend his time in there tinkering with his toys. He enjoyed fishing and deer hunting and being outdoors and was looking forward to deer camp in November with his buddies. He was a member of the Constantine American Legion.

According to his wishes, cremation has taken place. Relatives and friends will be received Monday, October 21 from 1 to 3 PM, with a time of sharing and military honors being presented at 3PM at Eley Funeral Home, Constantine. Memorial contributions can be given in Rej’s honor to the Michigan Humane Society.