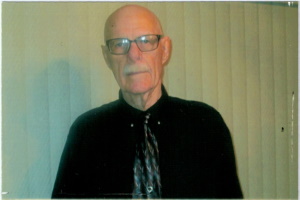 Robert A. Kelley, age 87, of Sturgis, passed away on Wednesday, December 25, 2019 at his home.  Bob was born in Sturgis on January 9, 1932, a son of Howard and Dorothy (Summerlott) Kelley.  He graduated from Centreville High School in 1950 and went on to serve in the U.S. Marine Corps from 1953-1956 during the Korean War.  Bob was the oldest living Korean Veteran in St. Joseph County, upon his death.

On March 22, 1991, he married Joan Herbert at the Nottawa United Methodist Church.  Bob was a lifetime member of the Sturgis VFW #1355 and Three Rivers American Legion #170.  He was a founder and President of the SJC FOP Lodge #106, and currently was the first Honorary Vice President.

Bob enjoyed going camping and hunting up north with his family.  He loved to dance with his wife and was an avid Michigan fan.  He played in numerous bowling and golf leagues and enjoyed his Friday night fish fries.  Bob and Joan volunteered for SJC Victim Services.

He was preceded in death by his parents, brother William Kelley, and sister Sue (Doug) Blasius.

Relatives and friends will be received at Eley Funeral Home, Centreville, on Sunday from 1 to 3 and 5 to 7pm.  Religious services will be held on Monday at 11 AM at Centreville United Methodist Church with Pastor C. Wade Huskey officiating.  Interment will follow in Prairie River Cemetery.

In lieu of flowers, memorial contributions can be given to Heartland Hospice, FOP Lodge #106, or Three Rivers American Legion #170.  Online messages can be left for the family at www.eleyfuneralhomes.com.