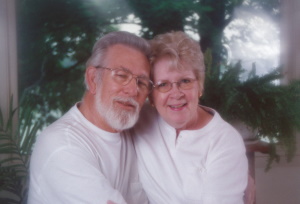 Our mom, Neta JoAnn Benoit was born August 11, 1937, in Pocahontas, Arkansas the daughter of Charlie Ray Jenkins and Crata Cotabell DeRossett (Eddie Derossett). She passed on Friday, November 29, 2019. We are proud of the fact that some of our heritage is from “down south”. Mom was surely a feisty lady, stubborn, and very giving as well. She was being cared for in her home by amazing care givers, Karen Westfall, Karen Snyder, and Shannon Piper. They gave in to mom’s wishes and treated her like she was their own. Mom accepted Christ and we know that she is in Heaven with Pappy, they are dancing…
JoAnn is survived by her sister, Dena Kolb, her son, Ronnie (Debbie) Parker, her daughter, LeeAnn Mroz-Collins (James), her granddaughters, Rachel (Nicholas) Bailey, Lindsey (Jeremiah) Tucker, Great-grandbabies, Maia Grace Tucker and baby Henry Bailey due to arrive in February 2020. Her nephews, David Kolb and Nathanael Kolb, her great nieces, Sarah Campbell, Rachel Godfrey, Hannah Kolb and Margaret Clark, her great nephews, James Kolb and Matthew Kolb. Along with her former husband Robert L. Parker.
Jo was preceded in death by her husband, Marvin V. Benoit, (Pappy) in August 2016, who is survived by his sisters, Dolores Atkinson and Joan (Dale) Osbahr; his children, Brenda (Wayne) Kirkpatrick, Marvin Keith (Shawn) Benoit, Roberta (Michael) Lashinsky, Jacqueline (Brian) Yoder, his nieces and nephews Terry Koper, Robin Darling, Tammy Amore and Scot Atkinson; His grandchildren, Michael (Maritta) Lashinsky, Beth (Eric) Winkler, Charity (Jared) Colebank, Missy Pritt, Adam (Amy) Lashinsky Trevor Benoit, Brandelyn (Patrick) Yoder, along with many great nieces and nephews and great grandchildren. He was preceded in death by his mother and father Hazel and Vern Benoit, his brother Leonard Benoit and his brother-in-law Garnett Atkinson.
In accordance to her wishes cremation will be conducted and no public services will be held at this time. Any donations on mom’s behalf can be made to Three Rives Health Homecare and Hospice. We were blessed to have them. Envelopes available at Hohner Funeral Home in care of arrangements.
Online condolences may be shared at www.hohnerfh.com.