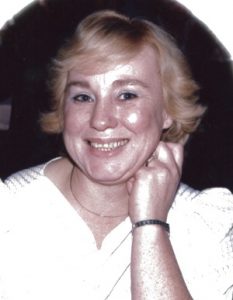 Johnnie Pauline Cline, age 77, of Three Rivers, passed away peacefully in her home, surrounded by family, on Monday, December 23, 2019.

Pauline was born March 24, 1942 in Casa, Arkansas, the daughter of Percy O’Dell and Maddie (Ball) Crawford.

She was a homemaker, and was employed as a laborer at Per Pack and at Federal Mogul.

She was past president of the Eagles in Advance, Missouri. She loved to read, play bingo and cook for family. She especially loved her family and grandchildren.

The family will receive friends starting at 10:00 a.m. Saturday, December 28 at Hohner Funeral Home until time of service beginning at 11:00 a.m. with Pastor Clark Polly officiating. Burial will be in Riverside Cemetery, Three Rivers.

In lieu of flowers, memorial donations may be made to Pauline’s family. Envelopes available at the funeral home.