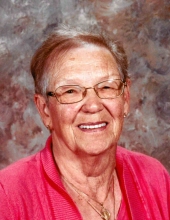 Phyllis graduated from Pittsford High School in 1956. She was employed at Vaco, Jonesville Products, Spartan Foods in Three Rivers and she retired from Lear Corporation. Phyllis was a collector and dealer in antiques, owning several booths in Allen and Three Rivers. She also enjoyed attending auctions and growing house plants and flowers.

Phyllis was preceded in death by her parents and two brothers, Frank and Wilson “Gene” Bidlack.

In the interest of public health and safety, a memorial visitation for Phyllis Sigman will be held at a later date, at the VanHorn-Eagle Funeral Home in Hillsdale.