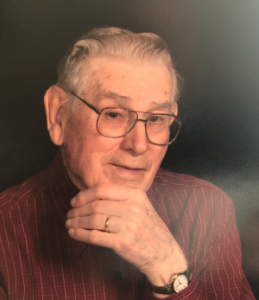 Lynn was a faithful attendee at Three Rivers Bible Church for many years. He enjoyed square dancing, cycling, and camping. He and Donna traveled to every state except Hawaii.

Due to current public gathering restrictions, there will be no public services. Family services will be held with Pastor Jeff Homan, Three Rives Bible Church officiating. Interment will be in Prairie River Cemetery, Centreville. Memorial contributions may be directed to Three Rivers Bible Church, 220 N. Erie St., Three Rivers, MI 49093. Online messages may be left for the family at www.eleyfuneralhomes.com.