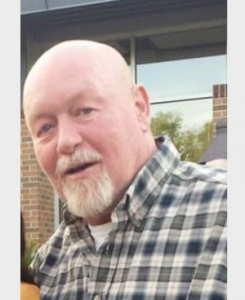 Mike was born in Goshen on May 23, 1960, a son of Martin and Mary (Borntrager) Keely. He attended Fairfield Public Schools.  On December 20, 1986, he married Ony Schwartz at the Locust Grove Mennonite Church in Burr Oak; they were later divorced.  Mike previously worked for Burr Oak Tool in Sturgis, Rexam in Constantine, and Menards in Three Rivers.  He also worked construction for most of his life.

Mike loved to play softball and golf, and was a huge Notre Dame fan.  He coached basketball and track at both Centreville and Lake Area Christian Schools.  He attended Radiant Life Church in Sturgis.

He was preceded in death by his father, Martin Keely.

According to his wishes, cremation has taken place. Due to current CDC restrictions on public gatherings, memorial services will take place at a later date.

Arrangements were entrusted to Eley Funeral Home, Centreville.Online messages can be left for the family at www.eleyfuneralhomes.com.