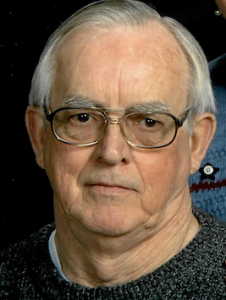 Rodney M. York, age 79, of Constantine, passed away on Friday, May 8, 2020 at Elkhart General Hospital. Rodney was born in Three Rivers on February 11, 1941, a son of Frank and Vivian (French) York. He graduated from Three Rivers High School in 1958 and went on to serve in the U.S. Navy and Reserves.

On January 9, 1960, he married Joan K. Collinsworth in Jones at the Methodist Church. Rodney worked as a supervisor in the RV industry, retiring from Marathon Homes in Elkhart. He and his wife were faithful members of the Corey Church of the Nazarene. He enjoyed antiquing, camping, traveling, and listening to bluegrass music.

He was preceded in death by his parents, brothers Jerry Bloom, John Bloom, Steve York, and sister Sandra York in infancy.

Memorial contributions can be given to Corey Church of the Nazarene.

Arrangements were entrusted to Eley Funeral Home, Constantine. Online messages can be left for the family at www.eleyfuneralhomes.com.